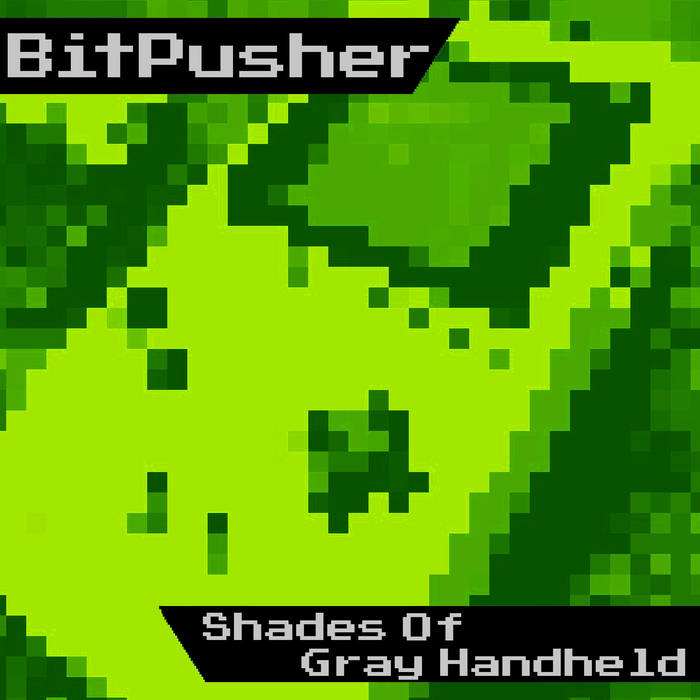 My 4th release!
If there's any chance you've been following my music thus far, then this project once represented a big step forward for me. This entire album was composed and performed entirely on a stereo RCA pro-sound modded DMG-01 Nintendo Gameboy using a custom kitted version of Little Sound DJ (LSDJ), a Gameboy tracker written by Johan Kotlinski (littlesounddj.com)
Prior to beginning this album, I was rather intimidated by writing music in trackers. I had quit music for almost two years after the Atari 2600 projects, and had finally gotten "the itch" telling me I wanted to do a fresh chiptune album. I made myself overcome the absurd intimidations I had regarding tracking, had and learned a little about LSDJ, and after getting comfortable I began this album. I had also finally acquired some equipment so I record and mix my audio properly.

So how about the music? My approach to chiptune has always been the same; using video game hardware but NOT making tunes that sound like they could immediately be dropped in as background music to a game. Instead, I want to make my own interpretations of various electronic genres, so here we have some hiphop, electro, techno, 2step, and more, all completely 8-bit and 1xLSDJ. A professionally pressed formal CD release also came out in 2016 and is available if you just search for BitPusher on Amazon!

PS: some of these beats really bang! I wanted to do a couple car audio focused tracks 8-bit style, and a few of these tunes were carefully recorded and mixed specifically for serious sub-bass boom :)

I make both bass music for car audio junkies, and 8-bit/chiptune because why not? I do this because I enjoy it, and if I'm lucky, someone somewhere might even like one of my tunes. Thank you for swinging by, and feel free to visit me at BitPusher2600.net if you wish. ... more

Bandcamp Daily  your guide to the world of Bandcamp